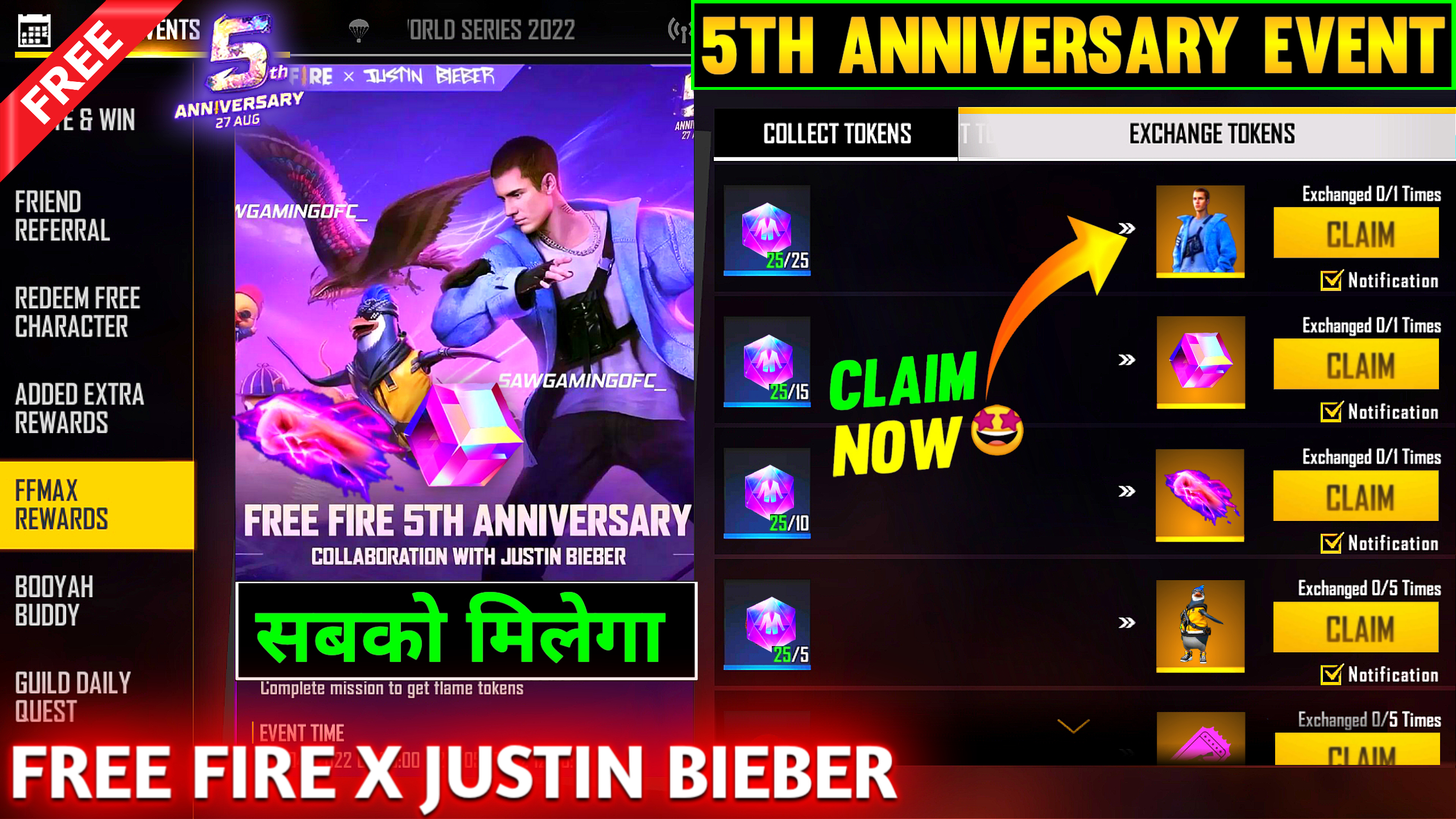 On the morning of this Wednesday (06), Garena announced through her social networks her newest collaboration with the world-renowned singer, Justin Bieber, in this post we will be detailing more on the subject.

The new collaboration will be part of Free Fire’s 5th anniversary festivities, the peak of this year’s anniversary event is scheduled to take place on August 27th. Players can expect a saga of star-inspired events and rewards to come.

Currently Free Fire brought to the game the collaboration with the Brazilian singer Anitta, where at the time, she launched and is still releasing several items inspired by the singer.

Check out below a little speech from Garena about the new collaboration with k Justin:

“We are pleased to announce our partnership with the world famous Justin Bieber!
In between this year’s 5th anniversary events, Bieber fans and players will be able to see a number of in-game events.”

Players should look forward to further information about the collaboration coming out soon.

Justin Drew Bieber (London, Canada, March 1, 1994) better known as Justin Bieber is a Canadian singer, songwriter and actor. In 2007, his videos in which he sang covers were seen on YouTube by Scooter Braun, who became his agent and took him to Atlanta (Georgia) to meet with singer Usher. Then, Bieber signed a contract with Island Records, starting his professional career in 2009, after graduating from elementary school.

The first two-part debut album My World was released on November 17, 2009. Four successful singles were released preceding the album: “One Time”, “One Less Lonely Girl”, “Love Me ” and “Favorite Girl,” all reaching the top 15 on the Canadian Hot 100 and the top 40 of the Billboard Hot 100. Making him the only artist in Billboard history to have four singles from a debut album placing on both charts before of the album’s release.

My World received positive reviews from music critics, debuting at number six on the Billboard 200 chart, selling 137,000 copies during its first week, which was the second-best sales start for a new artist in 2009. The album also debuted at number one. from the Canadian Albums Chart and won the Gold certificate from Music Canada. Less than a month after the release of My World, it received the certificate of Platinum in Canada, for selling more than eighty thousand copies in the country. In January 2010, it won the same certificate in the United States, for sales of over one million copies. It was also certified Silver in the UK.